A Brief History Of Concrete

A Brief History Of Concrete

The term ‘concrete’ conjures thoughts of something solid and enduring. Ideally, anything that is concrete is permanent, durable and so substantial that it can be counted on. And it encompasses all, from small projects like concrete patios to mega-structures, highways, and all architectural marvels.

Yet, it is this same concrete that is at the heart of every single sturdy, modern construction project today. Not just buildings and structures, but a plethora of uses. You will find concrete in almost every construction site, from mega-developments as road and highway construction to as simple as concrete patio installations.

Concrete is that singular material that, though we invariably take for granted, makes the world look entirely different and complete. You just have to look at what’s around you – or perhaps even ask landscaping contractors what they’d be doing without concrete.

But concrete has a history that’s probably older than human civilization. The relationship spans over 5,000 years back, before the construction of the Egyptian Pyramids, Stonehenge, and the Incas of Peru.

It has withstood civilizations upon civilizations, outgrew countless generations and developed to the current forms, and became a de facto building material. Across the world, including in Canada, modern concrete companies like TNA Concrete in Calgary are revered because of it. 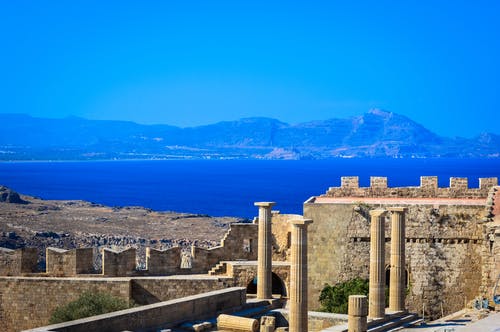 Concrete: a legacy so enduring it rivals the material itself

Even in its rudimentary forms, concrete was a key ingredient in the construction of fine infrastructural structures and long-standing architectural marvels. It had already earned legendary status amongst the then builders and landscaping contractors.

Later with each generation passing, concrete would gain more acceptance. It was during one of them that its man-made form earned more fame, having been discovered that it was more effective when made by mixing volcanic ash with lime mortar, gravel, and fine pieces or hardcore.

Its notable use on an industrial scale dates back to when it was the principal construction material during the Roman Empire. Concrete at that time was a substance called pozzolana and it had grown effective amongst the-then concrete companies.

In Rome and elsewhere across the world, construction of ancient marvels, including the Colosseum, the Appian Way, and the Pont du Gard in Southern France was taking place, thanks to concrete. Interestingly, not even the fall of the mighty Roman Empire and the subsequent change in preference to stone amongst builders could stop the use of concrete.

Advancements in Concrete: the 16th, 17th, and 18th centuries

Cement used in the concrete making was first incepted in the 16th century by a bricklayer in Andernach. His ‘concrete’ was a certain strong and water-resistant material made by mixing volcanic ash and lime mortar.

Later in the 17th-century concrete trade, the competition between the Dutch and the English preceded the inception of hydraulic building materials. The quest for durable and waterproof materials for the construction of lighthouses across Europe and the subsequent discovery of limestone was a turning point.

It was John Smeaton’s revolutionary technology in the 1700s that gave concrete an even bigger significance in the building industry. The English engineer’s discoveries in how to harden concrete added to the growing preference for this building material.

Subsequently, he helped build and renovate key developments, including those that still stand to date. Construction of West India Dock and the planet’s first unreinforced concrete bridge in Souillac, France, plus the rebuilding of the Eddystone Lighthouse in Cornwall are just some of them.

Concrete in the 19th and the 20th centuries

This was the era that saw tremendous concrete technology across the planet. Most notably, Joseph Aspdin’s discovery of Portland cement greatly helped in the concrete making in the 19th century. A series of advancements in its efficiency, including the discovery of reinforced concrete by French gardener Joseph Monier and strengthening by American David Saylor, was central to its development.

Today, the first mega-projects built with modern concrete are still in use, over a century later. Led by a street in Bellefontaine and the Ingalls Building, both in Ohio, they stand tall. Also, the Grand Coulee Dam, built and Hoover Dam is a testament to just how long-lasting this material can be. 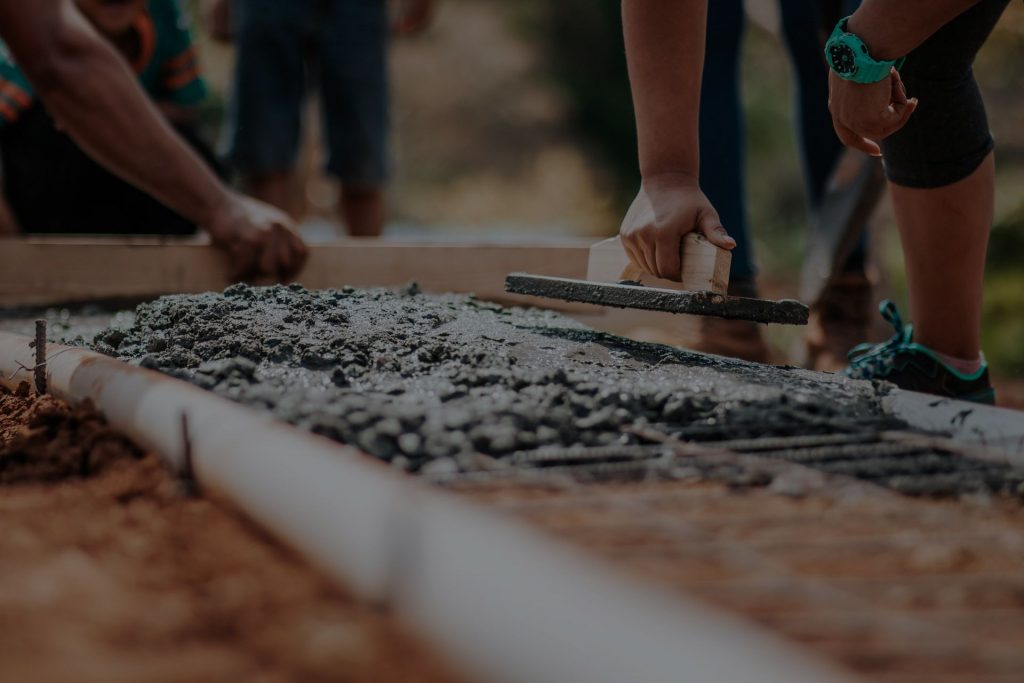 If you are looking to hire a concrete company, go for brand that’s reputable with a track record that’s as impressive as concrete itself. Canada’s TNA Concrete is only a call away!

Get a Free Estimate!!

At TNA Concrete, Keeping our customers and employees safe, informed and connected is our top priority. The COVID-19 pandemic has not only affected our day-to-day way of life at home but also the entire globe in more ways than just our health.

After careful consideration of the current situation and with considerations of the CMOH, we have concluded that our services fall within the ability to operate as an essential service. As so, we have decided that we will continue to operate as normal with additional measures. These measures include restricted travel, virtual meetings, promoting hygienic behavior and working from home whenever possible. We will continue to practice social distancing at all of our worksites and everywhere we go to help flatten the curve in our community.
To everyone… be safe and stay healthy. We’re in this together!